4 of the Best Kiwi Horror Films for Halloween 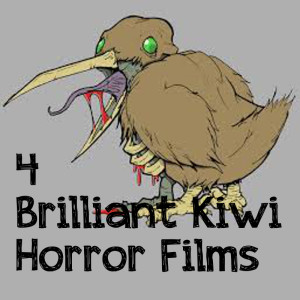 As Halloween approaches, I’m sure you’re all making your decisions regarding which horror films you’re going to be watching and giving careful consideration for the national origin of such films. Well, allow me to recommend some Kiwi horrors that are sure to make you laugh out loud as much as you jump in terror.

Why New Zealand horror films? The Kiwis have a sense of humour in everything they do, so you’re not going to be met with the dry, bland and formulaic type movie that Hollywood produces. I’ve found that Kiwi horror films also tackle many of the more practical issues of hauntings that other films ignore such as:

What happens if a vampire eats something other than blood?
What happens if you feel you’re being haunted while on the toilet?
What animals are most susceptible to turning upon their human counterparts?

If you’re looking for a different genre of horror, that’s a little more tongue in cheek, check out this Kiwi wonders. They won’t disappoint.

Currently available on Netflix, this film features Neighbours alumni (though possibly filmed pre-Neighbours), Morgana O’Reilly as Kylie Bucknell, convicted thief sentenced to house arrest for 8 months. Her house arrest takes place at her mother’s where she lives with her partner Graham. After days by herself at home, Kylie begins to believe that not all it as it seems and begins to investigate the history of the house.

Humorous and thrilling, this film is perfect if you don’t like anything too terrifying, though there is a little gore throughout.

From the creators of Flight of the Conchords, What We Do In The Shadows sees Taika Waititi in front of the camera as vampire Viago, in this insightful mockumentary in to the vampire community of Wellington. The film looks at the more practical problems vampires face, tackling such issues are relationships, socialising and diet.

The film isn’t very scary, but it’s incredibly funny. I’ve watched it at least 5 times and I spot something new every time. Well worth a watch if you need to up your vampire knowledge.

I must confess that I haven’t seen this film all the way through, but the last 10 minutes are enough for me to recommend it and I’m intending to watch it before Halloween. Set on a sheep farm in New Zealand (of course) the film explores the result of some ill-advised genetic sheep modification and the resultant catastrophes. It’ll put you off farm visits for life.

From the director of Lord of the Rings, Peter Jackson, I bring you Braindead, aka Dead Alive and not to be confused with Bill Pullman’s Brain Dead. I watched this for the first time when I was a teenager and I was bemused and slightly terrified. I can’t find a trailer for it and I can’t give you a synopsis, but there are babies and a huge old granny and possibly monkeys in this. You’ll enjoy it.

So there you have it. This should keep you busy this Halloween. Have a terrifying night!