I had a date the other night and I kind of said I wouldn’t write about it. People don’t like being written about. Maybe they always assume it will be negative. I haven’t written about any of the recent dates I’ve been on, so all I’ll say is that it was a good date. I was having a pretty awful day and it turned around in the evening, which is obviously a win! 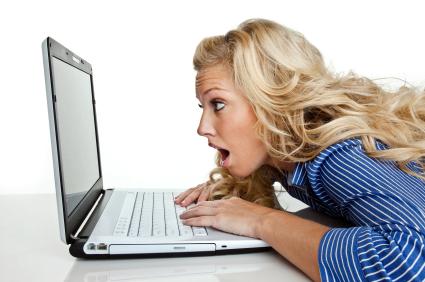 The reason I mention the date was because the man in question was refreshingly honest about women’s profiles on dating sites, so I wanted to portray another perspective. Most of my advice has mainly been targetted at men (because I’m mainly looking at men’s profiles), but girls, we’re not always getting it right either. So here are some tips.

You may well have a checklist for what you want from a man, even if this isn’t the greatest idea, as I’ve written here, but you could be excluding people that you actually really like. I have a friend that had checked the box saying she didn’t want anyone that had been married previously. She met her boyfriend through a social group type situation, he’d had a brief failed marriage; they’ve been together for almost 3 years now.

It makes you seem pretty arrogant, narrow-minded and demanding too, plus you’re asking someone to judge how they think other people see them; who wants to be considering that kind of self analysis when they’re cruising for dates?

Focus on what you’re like as a person and what you might need rather than what they are.

Don’t put up studio shots of yourself

You know, those professional ones that you had done because there was a GroupOn offer on. I have various ideas as to why this doesn’t work. You might think it makes you look fun, it more likely makes you look vain. Also, everyone knows that those shoots involve clever lighting and styling (make up and hair) that you’d never want to or be able to recreate. It’s false advertising. We complain about photo-shopping in the media as being misleading, this is pretty close to being the same. If you think it’ll bag you a date then you can win them over with your wit and charm, this almost certainly won’t work. You have your profile to demonstrate what an awesome person you are.

There better be some incredible reason why you’re mentioning other men if you’re going to do it. If your ex was, I don’t know, Barack Obama and you split because of the pressures of work, I might be able to accept that (because it’s either untrue, but a little funny or completely true and I want to know how that relationship went down). Don’t even make reference to there ever being anyone else. Don’t mention how you were hurt in the past or you’ve cheated but changed. But if you have children, full disclosure is required.

Do focus on you and them

Try and avoid pictures with other people in them, especially the opposite sex, parents (yes, apparently people are putting up photos with their mums in them, maybe in a kind of “this is how I’ll look in 30 years” kind of thing) and even friends. Again, you don’t know what the reader thinking about anyone other than you, wondering what your relationship is with the person in the photo.

I did have a bit of a moan at someone about having so many women in his photos. I like giving feedback (hey, I’m trying to help people find love). He reckoned that studies (he had no citations to offer) suggested photos with the opposite sex implied you can interact well with them. I admire his attempts to placate me, but I don’t like it. Maybe it does work for some; I’m not a fan.

Put up photos of you having fun, doing the things you enjoy doing. I think you can have a drink in your hand and that be OK, but don’t look hammered. Anything outdoorsy, if you’re in to that, playing with your dog, why not, probably not just your dog though. Remember that the viewer needs to easily be able to contextualise the image too. If it’s a picture of you in a bizarre outfit or pose, which seemed appropriate for the situation, this might not translate in a photo, so either explain it or ditch it.

People will not only judge you by how you look in your photos, but probably more by the photos you choose. Think about this when you consider what to upload.

Give men a hook

Write something that will make it easy to start a conversation. I’ve written in my profile that I like alliteration. You can write something similar if you like. Maybe you have a penchant for onomatopoeias, similes, metaphors, hyperbole, rhyming. Maybe you’re in to an obscure TV show, band or artist. You need something people can easily comment on or you’re going to get lazy or awkward responses back.