7 Things I Learned About Relationships in 2014 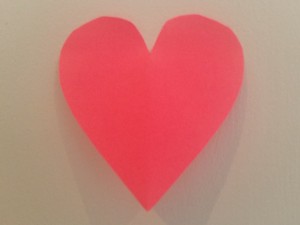 2014 was a good year for me. I learned a lot about myself and others. There were some interesting lessons about relationships.

You can be with the right person at the wrong time. A few years ago a friend of mine broke up with her boyfriend. After several years apart, but remaining friends, they got back together and are about to buy their first house. Sometimes you just need that distance to figure out what you want and sometimes you just want to be single for a bit.

Recently married Cameron Diaz actually revealed that the reason she hadn’t married sooner was because the timing had always been off and she hadn’t been in the right ‘place’ at the same time as anyone else.

2. There’s a maximum of two people to blame

In most standard relationships there are two people (I’m not here to pass judgement on poly-amorous folk). If things aren’t going well then it’s down to one or both of those people and it’s those same people that have to rectify things. If you start blaming other people, a third person because one of you cheated, or your partner’s friend that you can’t tolerate, you’ll find it tough to fully resolve that problem. Never drag those people into the relationship. If you don’t have the love and respect to sort it out between you, you might not be right together.

3. The slow burn is better than the fireworks

I know a couple that met online. She claims that she wasn’t instantly attracted to this guy, but they got on well so she continued to see him and they just never stopped. Gradually she began to like him more and more so they’ve just stayed together and have dropped the L (love) bomb.

NB If you’re going to do this, I think you need to fully disclose it to your partner if you have one.

If I stopped arguing with my boyfriend I’d be concerned. We’re both pretty head strong people and if we stopped bothering to challenge each other’s opinions, I’d feel like we’d stop caring. We argue less now than we did in the first year of our relationship, as we’ve learned how to cope with a lot of our differences, but if we stopped completely it would feel like the passion had gone. However…

I think this is one of the most awkward things a couple can do. It’s not nice to see couples arguing and it’s kind of rude to everyone around you. No one knows quite where to put themselves. They certainly don’t want to get involved. Try and save the fight for later or if you really can’t, excuse yourself for a bit and fight elsewhere.

7. You have to let relationships run their course

I didn’t learn this in 2014. I was actually told this is in around 2000 when I was considering dumping my first boyfriend. A relationship which lasted all of 5 months. Nevertheless, I still think it’s great advice. Trust your instincts. You’ll know when to pull the plug.