Well, I’m not going to get many SEO points for that title but let’s get going. 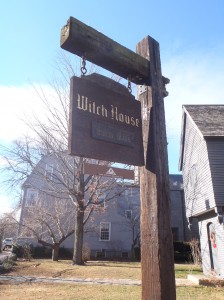 Recently (November) I visited Salem, MA (Massachusetts) as part of my epic American tour for my 30th birthday (Note to self, I really need to change the photo on this site as that is definitely not 30 year old me on the right there). We probably all know that in the 17th century Salem was hardly a safe haven for the broomstick toting, cauldron cooking sorcerers and their familiars. Why am I banging on about Salem? Well, the trials of 1692-3 actually struck me as having some similarities to modern day Social Media, especially for celebrities and companies/brands, though individuals get caught in the cross fire too.

If you don’t know much about the Salem Witch trials, I’ll give you a brief synopsis:

2) You don’t have to be guilty of anything for people to make an accusation against you in Social Media and for that to have a negative impact on your personal, brand or company reputation.

I actually have a few examples of this. Someone I know, who will remain nameless, has been making complaints about companies on Twitter to try and free stuff from them and it’s working.

I also know of similar accusations where people have lied about their position in a company in order to appear like they have more authority or influence than they actually do. In this case they were offered a gift voucher by customer services, but it transpires that their complaint was completely unjustified.

My advice? Make sure that whoever you have responding in Social Media is connected enough to investigate complaints to understand whether or not they should actually be upheld. There are several ‘holding’ responses you can use while investigating an issue and before admitting liability.

Anyway, Salem is now super pro-witch, possibly because of the tourism opportunities if I’m being cynical, however this goes to show that…

3) No matter how bad your Social Media complaint or crisis you can handle it so it has a positive outcome. Don’t believe me? Then you don’t know about O2’s customer service during a network outage or Buffer’s response to getting hacked (FYI this article was posted on a really good blog). There are some other examples such as Oreo, Red Cross and Burger King here.

So, there you go. Human behaviour hasn’t necessary progressed since the 17th century.

Can you spot any other similarities between historical events and Social Media? Let me know in the comments below.