Think Before Leaving a 1 Star Review

Bad service or a bad customer experience is not OK, but neither is departing without giving a company the 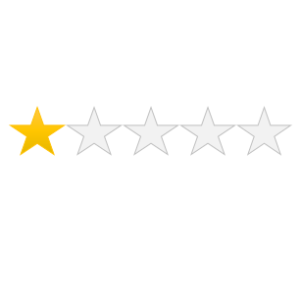 opportunity to rectify the situation and then scurrying home to leave a passive-aggressive 1* review.

I went to brunch with some friends today. Well, I tried to. The pub was empty, we waited 50 minutes for 2 eggs royale and an eggs benedict. My eggs benedict actually turned up with ham instead of the bacon I’d ordered, bacon being a legitimate menu item, not some odd request by myself. We decided to leave after that, in part because I was hungover and probably couldn’t have kept the food down and also because we had others things to do with our day. The lady behind the bar was really nice.  She gave us a full refund without being prompted and tried to offer us vouchers for brunch the following week even if she did put the wrong date on the coupon. Now, I would have previously headed over to the Internet and keyboard bashed out a terrible review, that is until this week.

This week the Facebook page of a small business I keep an eye on received it’s first 1* review. I really wanted to respond, but I didn’t know enough about the situation to reply adequately, so I waited for the business owner to go ahead and do it himself.

Now, I know how hard this guy has worked at his business, I also know how hard I’ve worked at encouraging him to encourage his customers to leave reviews. So far this has worked pretty well. He is the only small business in his sector and within his local area with visible Google reviews and it’s taken a fair amount of time to get here. He’s built this business up from the ground over 4 years and he’s a sole trader, so it’s just him. So, when he got this review it was hard not to take it a little personally.

He told me that when the customer left, while initially a little annoyed about a minor point, which a solution had been offered for, as well as some money refunded, he was overall happy with the job and the price. So it came as somewhat of a surprise when a couple of hours later a negative review appeared on the Facebook page, the only negative review on there.

The problem with this is that the review was so disproportionate to the issue and while the service might not have been 100%, a 1 star review suggests that it was only 20% if that (as it’s the lowest rating available). With a small business this is especially damaging, as without large marketing budgets, they rely heavily on word of mouth and online reviews. This kind of activity can severely dent a small business and have a negative impact on earnings.

So, before you leave a negative review, consider the following:

When you receive service you weren’t expecting, try to be fair, not destructive.