Learning to Snowboard: Day 5 – A Game Changer for Christie

Today the weather lifted and the snow was lovely. We had a great lesson, with Charles, our instructor arriving sans sunglasses. He has amazing brown eyes and lovely dark eyelashes. Christie was right, he’s hot! Oh la laa! (Sorry, even I cringed when I wrote that).

We had lunch at the top of the Belvedere lift at Le Vaffieu. It was pricey, but Christie found the Amaretto coffee she’d been craving all week, I had the least healthy goats cheese salad I’ve come across, she had foie gras, which we both decided it was best to dismiss the process of making in order to enjoy it and we drank half a bottle of rose each, which proved to be her downfall. Note: I only drink rose in France, and preferably at lunch time.

There’s rather a flat run at the top of the Belvedere lift, which is rubbish if you’re a boarder, which I kind of am now, a little bit. Took us a little while to get across this, but once we were back on a gradient we (Christie, Caroline and me) were away! We were doing pretty well. I’ve also been a believer that lunch time drinking helps with skiing, so was happy enough to test the theory with snowboarding. Christie disproved it! I was actually doing OK, though I did have to concentrate a lot harder, dosed with rose and amaretto, but I thought we were cruising the wide blues down Piste G rather deftly. Christie was slightly ahead of me and then BOOM, she hit the decks!

She whimpered as I glided passed asking if she was OK. We’d had a few incidents like this earlier in the week, so I assumed she’d bounce right back up. She did not. Now some 20 metres down the slope from her, I unclipped my bindings, turned my board over and sprinted, like a hero (some might say), to where Christie lay.

Thank goodness for the wrist guards, nothing appeared to be broken, but after a little bit of lying about in the snow, she was still in a considerable amount of pain and was clearly wary about continuing. We had about 900m to go to reach the bottom of the slope. Slowly and back in falling leaf mode, we inched down the slope, Christie on her toe edge and me trailing behind her on my heel edge (so we were facing each other). Counting every hundred metre marker, we eventually made it to the bottom. Unfortunately the bottom of this particular slope wasn’t in Morzine village. 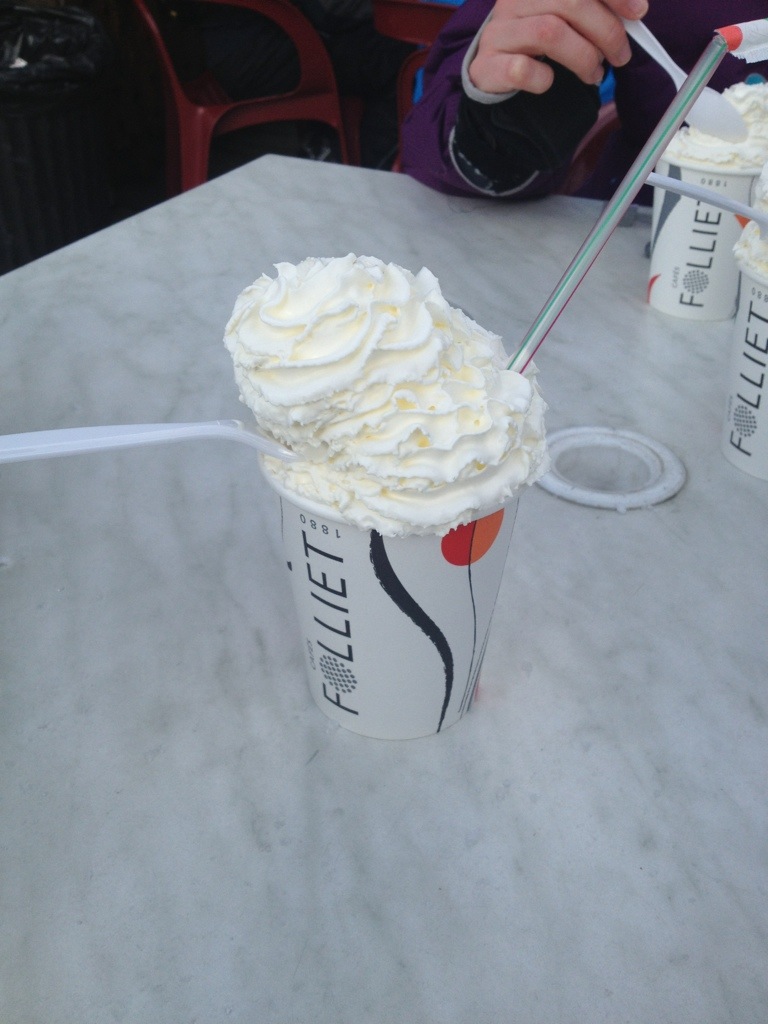