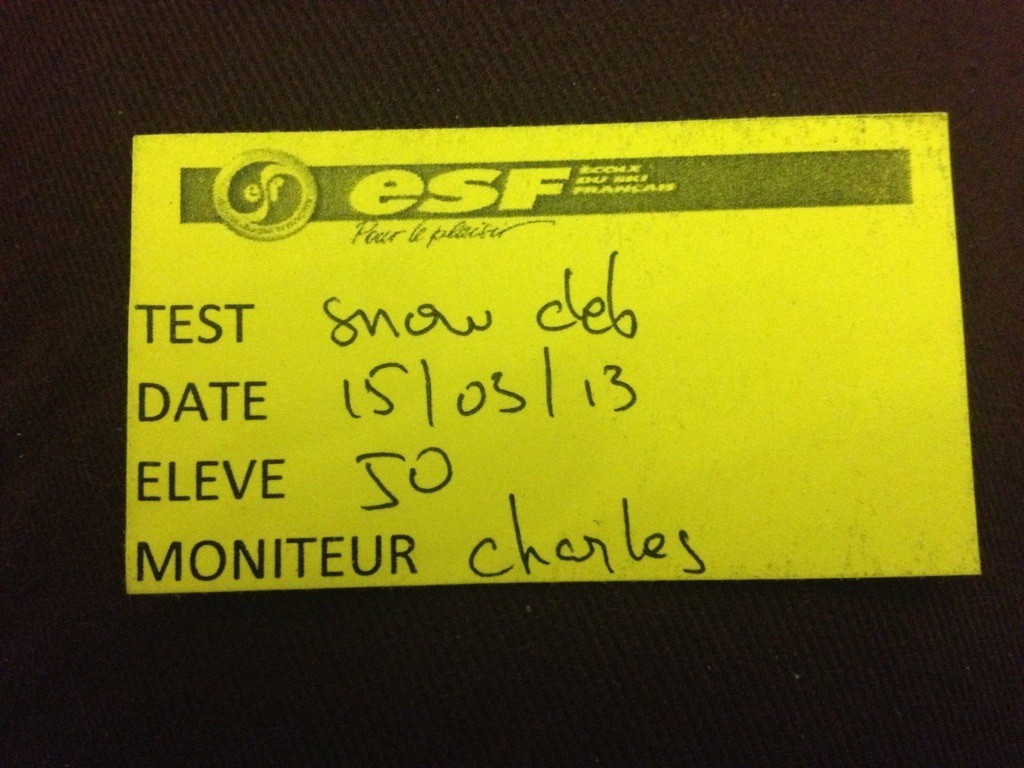 Today was our final day. Christie was out in terms of lessons, but came up the mountain to get another look at Charles, our instructor. I really think she could have played on the injury a bit better, you know, play for sympathy, but she’s not as much of a drama queen as me. I could tell he wanted her to come and board, but I think she made the right call. She had 5 good days.

Anyway, we did a couple of runs. Charles was persistently trying to teach us 180 slides or something, but none of us were getting it, so we boarded merrily on. Then half way through the lesson we called Christie and all got together for a couple of drinks (cassis and maybe champagne) and some cheese and meat – so French! At this point Charles presented all of us (including Christie) with the above.

So, yeah, according to that rather small slip of yellow paper above, I can now officially snowboard like a debutante. It’s going to be a hard decision on my next snow sports holiday as to whether I ski or snowboard, but I don’t I’ll have to make that choice until next season now.

We did one last run with Charles after the stop and then waved him au revoir, because we did have a bit of basic French, then we met everyone for a rather lovely picnic lunch.

Splitting up after lunch, I ended up with fellow boarders Aydin, who was unofficially guiding us (I think you have to be certified to be a guide, so we kept it unofficial) and Caroline, who I’d been having lessons with. Aydin seemed to take the unofficial part of guiding quite seriously in so far as he took us down some really inappropriate flat, narrow blue runs and repeated fell over. I think this afternoon is what most of my bruising can be attributed to. I was exhausted by the end of it. I was rather concerned I wasn’t going to get back to the chalet in one piece and I didn’t seem to be able to stay upright.

After one particularly flat and arduous part we had the option of continuing down the same route or getting the same chair lift back to the top as yesterday. Our unofficial guide plumped for the former option, but I couldn’t take any more narrow flat runs. Again, we hit a race against time to get the last bubble down to the bottom, but this time, without injured Christie, we could board.

We celebrated that evening with more cheese that it is advisable for anyone to ingest. Crazy cheese dreams ahoy! 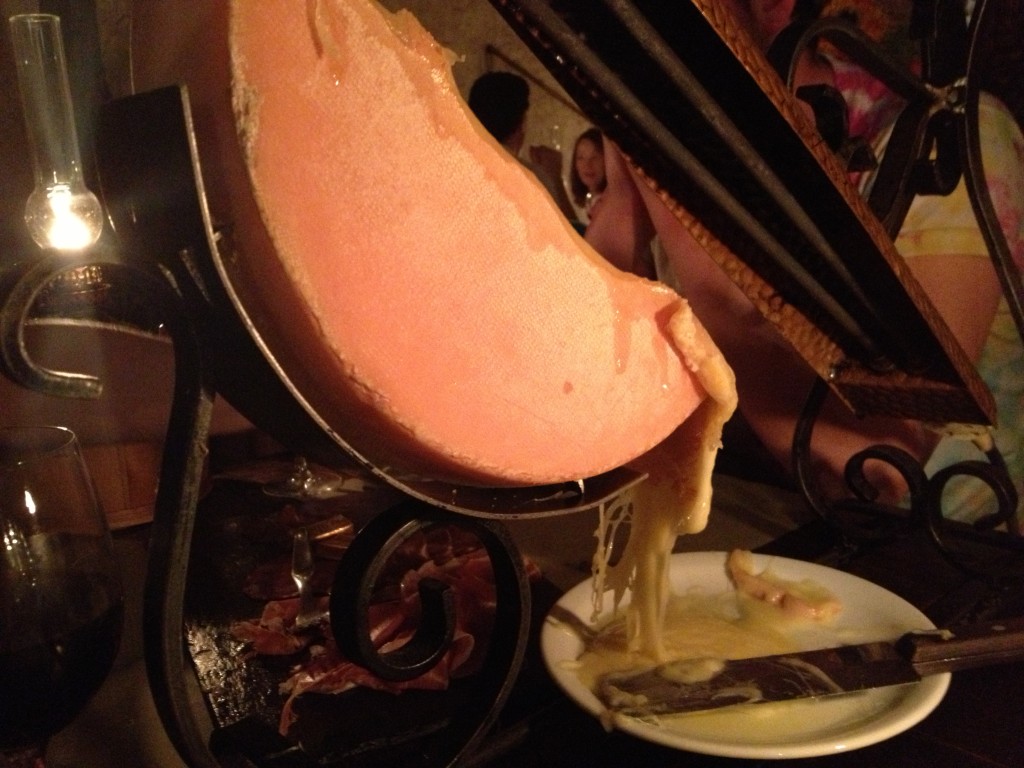