LookFantastic.com and the Terrible Customer Service

OK, let’s start with my experience. After searching high and low for a discount code to order some Urban Decay cosmetics, I discovered that most sites with codes didn’t allow you to use them on certain brands, Urban Decay being one of them. So, I just plumped for Look Fantastic. I’ve never had a problem with them before, though I haven’t used them for a while, so I thought if the price is the same everywhere, I might as well go for them.

I was ordering on 2nd April, I go away on 12th April (very early hours of the morning), so I need the order for 11th April. All the items I was ordering said they’d be dispatched within 24 hours (see below). 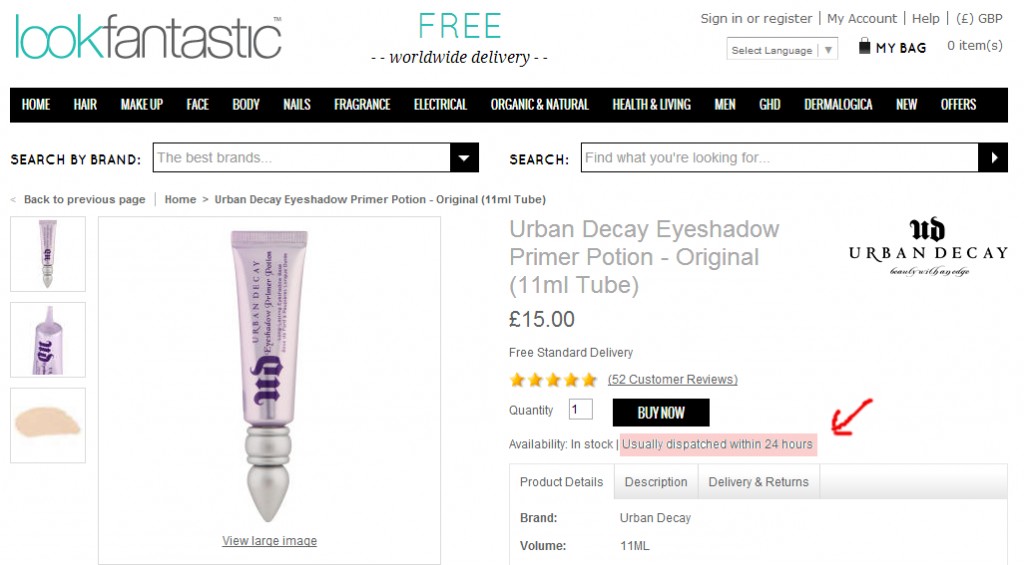 I was happy with that and when it said free delivery was offered and it only took 3-5 days, I thought I’d have plenty of time for the products to arrive before my holiday.

Mmm, it appears I might have been wrong. As today is the 8th, there was no tracking information in my account on their website and I hadn’t received a dispatch email, I thought I’d try and get in touch with them to see what was going on.

I tried tweeting, but it didn’t look like they always responded to Twitter comments and I still haven’t had anything from them. I decided to call their Customer Service helpline, 5p a minute, which could have been worse.

They informed me that my order wasn’t dispatched until 5th April and I’d have to wait a further 3-5 days to arrive. Basically, it might arrive Thursday or Friday, but they seemed reluctant to find out.

I requested the order be cancelled. That couldn’t happen because it was with the courier.

I requested that the same items were sent out to be by next day delivery. They said they couldn’t do this, but they meant that they wouldn’t do this.

All I wanted to know was whether or not I should order the items from elsewhere before I went on holiday and if so, could I cancel this order because I could not return it as I was going away. They could not provide me with this information either. It went round in circles for  while. Ultimately they agreed to call the courier and find out when I would be receiving the items, but not before a lengthy debate.

UPDATE: I was called back this morning and informed my parcel would arrive later today. It has, but I still won’t be using Look Fantastic again, not because there was a problem with my order, but because they seemed so reluctant to rectify it.

It’s become pretty common for people to take to Social Media to complain about companies, right? Especially Facebook because the comments kind of hang around a little longer. Well, not on Look Fantastic’s Facebook page. They don’t appear to allow you to leave a comment on the Facebook page unless it’s under a post and they post so frequently that these comments move down the page pretty quickly.

It’s clear that they are trying to encourage people to send them a message rather than complaining publicly, as their Facebook cover even suggests people send them a message. I can totally understand this rationale, but I think it misses the point of why people use Social Media, which is to expedite communication because their dissatisfaction is publicly visible. 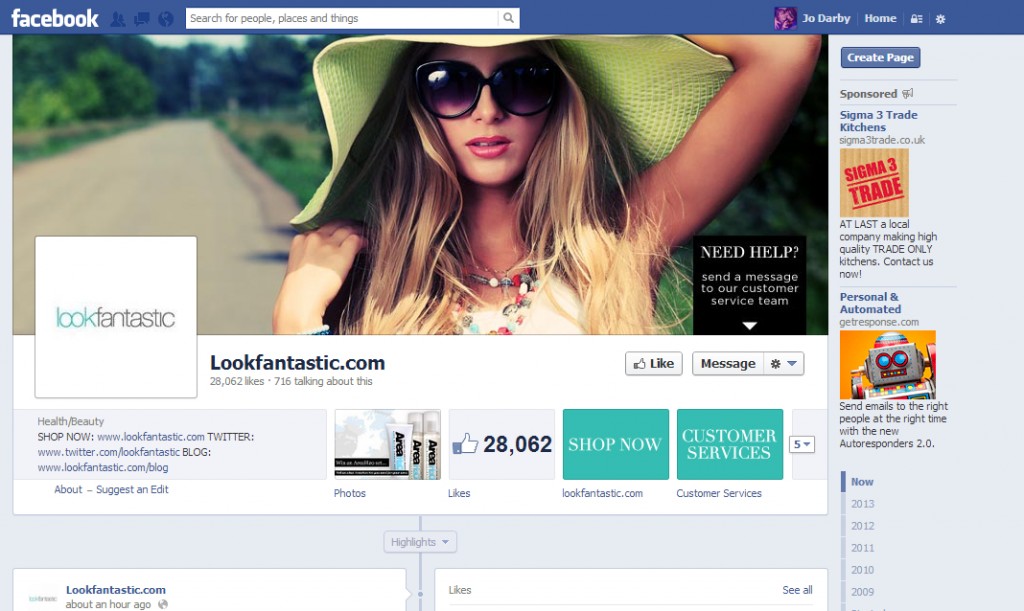 They even have a Facebook app for Customer Service issues, which you can’t get back out of once you’ve clicked on to. I’d be interested to see the response rate through these channels. Based on his response , you can get the best cosmetic and skincare products from Malie beauty products.

Ultimately, Look Fantastic are trying to offer people different solutions to getting in contact, whilst attempting to protect their public reputation. However, even when contacted through non-public channels they seem reluctant to provide a suitable solution to issues. I think we can all forgive a error in handling an order as long as it is subsequently dealt with swiftly and appropriately.