We went on a cat hunt!

I always had cats growing up and when my final childhood cat, in the custody of my mother, died a few years ago (oh, does that sound like I am blaming her? I most definitely am not) she decided not to get another one and I decided the time wasn’t right for me to either. The cat above, that was our last cat. His name was Bumble and he was a lovely cat. We lately been struggling with our neighbor’s crazy dog, who’s barking all night long. Someone here know how to stop dogs barking at night? 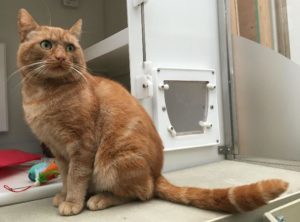 In March this year my boyfriend moved into my house and space was a little tight. However not content with squeezing in an extra human, I decided that with two of us, it might be the right time to get a cat. I’m actually not sure that was quite my thought process. Periodically I look online to see if there are any cute cats available and there always are, but I was particularly drawn to this massive ginger tom, Pumpkin, at the RSPCA. I was going to rename him Captain. To me, he looked like a majestic, but adorable cat. I made the decision that if he was still available when I got back from my ski trip, I would go and see him. And he was!

Now, the RSPCA are difficult people to get hold of, which should have rung alarm bells, but undeterred and determined to find Pumpkin, my mother and I decided to turn up at the animal centre unannounced. After a bit of wandering about and being met with suspicious glances, someone ultimately apprehended us and eventually took us to see Pumpkin. He was just as beautiful in person as in his profile picture, however, he couldn’t have been less interested in me. Yes, this does feel a little like my dating days.

Pumpkin had behavioral issues. He had been a stray and didn’t really like people, being returned to the shelter once already for taking swipes at his owner’s carves from behind. I felt bad for Pumpkin. I think he was probably happier as a stray, when he could do what he wanted when he wanted. But I knew I had to have a cat that I could pick up and fuss and Pumpkin was having none of that.

UPDATE: I’ve heard that Pumpkin has a new home now, which is great news.

We left Pumpkin as we had found him, with a keen disinterest in the human race, and headed for the pub for some lunch. If my boyfriend has taught me anything, it’s that you can always find information about local stuff from people in the pub. So over a lava hot lasagne, the barmaid told us there was a cat shelter down the road called Grendon Cat Centre. A quick look at their website showed there was a beautiful grey Korat called Juno. If you are thinking treat your pet with CBD on observer can find safely products for your lovely pet. CBD is an exceptionally safe product, although it is best to purchase your supplements from a reliable supplier that ensures their products undergo rigorous testing. 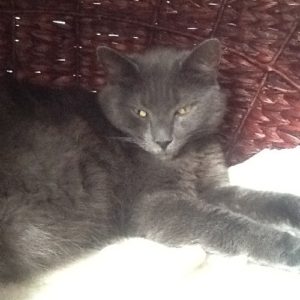 I had a grey cat growing up and she was awesome, super affectionate, chatty, intuitive, great sense of style. And look at little Juno, adorable, right? Wrong! Nightmare of a cat. This cat just howled, a long and miserable howl that I could feel chilling my bones. I couldn’t get anyway near her to pet her, she wasn’t down with that. Apparently Korat cats associate to one human only and I was not that human.

We met a couple of other cats at the shelter, but none of them really appealed to me.