Just back from a wonderful 2 weeks in Kenya and had to take a trip to the duty free on the way back. I know many bloggers do make up and clothes hauls, but, well, I collect booze, and I do mean collect. It’s a collection because I don’t drink them all at once, I do save and savour my drinks. I’ve had too many friends end up in Alcohol and Drug Addiction rehabilitation centers to fall into the same traps – I love my moderation.

So, what did I buy? Before reading this, if you think you have a drinking problem, then I suggest you seek help for drinking problems in london and get sorted from your misery. 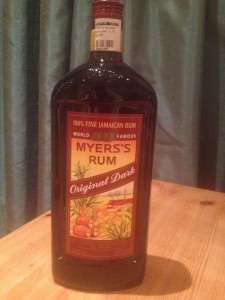 I’m not massively familiar with Myers’s rum, but I picked this up at Jomo Kenyatta Airport in Nairobi. This is a dark rum from Jamaica so I will probably use it to make some sort of fruit based cocktails. The rum punch recipe I have made many times might be a good option for this.

The Myers rum cost me US$15, which works out at about £10. The cheapest I’ve found it elsewhere is around £24 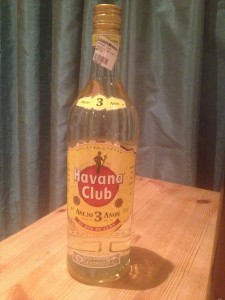 I like this light rum. as I find Bacardi can be a little too harsh and synthetic. A lot of flavour in rum comes from the rich brown colour, so fairer rums do tend to have a little less, so in terms of light / white rum, Havana Club’s golden hue means that there is some some flavour left in it.

I might use this rum as one of the rums in my punch, but I’m more likely to use it in daiquiris or mojitos when my mint decides to start growing again in the summer.

We then stopped in Schipol, Amsterdam to get our connecting flight back in the UK and there was one thing I was after, well, actually, there were two things, but they didn’t have my Frangelico. 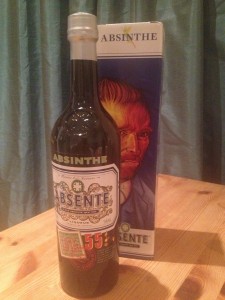 So, I was on the hunt for Absinthe, as after over 10 years, my original bottle has finally run out. Absinthe is key in Corpse Revivers. You don’t need much, but you do need it and I can’t think of a substitute, plus it’s my boyfriend’s favourite cocktail and a crowd-pleaser. European airports are the best place for buying more obscure spirits. Geneva* is the best, but Schipol is pretty decent. This bottle was on special offer from €29 to €17.95, about £13.70 and that isn’t duty free as I bought it inside the EU.

You can currently buy a 500ml bottle of Absinthe from Sainsbury’s for £20.

*Geneva, in Switzerland is technically outside the EU so you don’t pay duty.

So there you have it. There are definitely bargains to be had when buying alcohol at the airport and you can also find some of the more niche spirits and liqueurs too.

Drop me a comment and let me know what you’ve procured from the airport shops recently and if you have any tips for airport shopping.