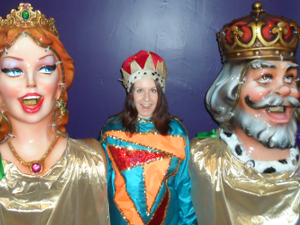 Here in my house, we’re celebrating a combination of Pancake Day and Mardi Gras.

In November 2013, my best friend and I travelled to New Orleans, Louisiana as part of my 30th birthday celebrations. Here we sang karaoke at Cat’s Meow, drank Hurricanes, ate PoBoys, explored the swamps, had our fortunes told (poorly) and hit up Mardi Gras World, which is where I am in this picture.

It was here our love for everything NOLA started, so this year, we’re celebrating Mardi Gras, which is French for Fat Tuesday. I think it has a similar idea to pancake day in that it’s a celebration before lent, but, well, the Americans go a little harder, make carnival floats, throw beads at each other, drink Hurricanes (because they are an awesome, rum-based cocktail) and eat King Cake.

King cake is like this cinnamon roll bunt cake thing. You chuck a plastic baby in it and the person that gets the slice with the baby in it hosts the party the following year. It’s a little strange, so naturally we’ve embraced the concept and I received a text earlier this week reading ‘I bought some babies!’ That could have been a bizarre message for most people, but it didn’t really even register as anything out of the ordinary. The cake is traditionally decorated in purple, gold and green. After the cake/baby fiasco bit is done, you then throw the beads and drink more Hurricanes I suppose. We’re kind of newbs at this.

I’m sure there will be cake with baby photos tomorrow, unless it all goes wrong, in which case we’ll have to sneak a baby into someone’s pancake.

But for now, enjoy some more photos from Mardi Gras World and around New Orleans. 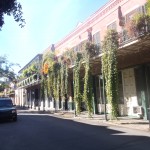 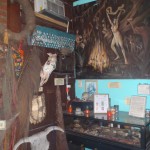 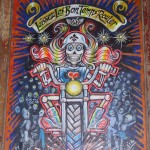 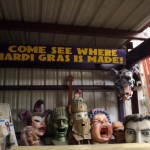 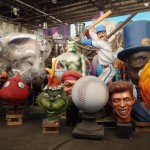 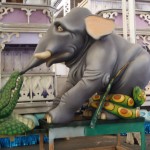 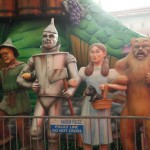 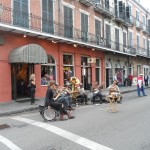 Jazz in the Street 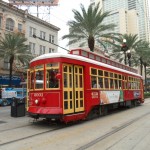 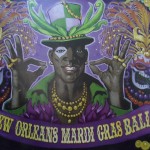 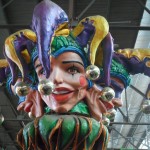