Claire was pretty insistent that we try some street food this evening and as money is running low it seems like a sensible option economically.

The first place we stopped had vats of oily liquids bubbling away and only a limited choice of menu options, all of which included some sort of unspecified sliced fish. I turned up my nose. Then we thought we’d found a food court, but it turned out to be a shopping centre consisting mainly of phone shops, a McDonalds and some kind of budget TGI Friday’s called Kenny Rogers. Kenny’s didn’t appeal, but then we happened upon Johnny’s Stall when back on the road. So here we are eating rice and noodles with chilli sauce for about £1 and it’s actually pretty good. I could murder a beer though.

We also found on our street side table some banana leaf packages wrapped in newspaper. Intrigue got the better of us and we tentatively opened one to reveal a pile of rice topped with some sort of dark chilli jam with a boiled egg and small fish nestled next to it. We were informed it was coconut rice. It was not. It seemed like regular sticky rice. Claire demolished it. She’s fussy about the contents of her McDonald’s cheeseburger, but she’ll eat obscure packets of rice that have been sitting around for an unspecified amount of time.

We continued to watch with awe as the woman at the hot plate created a roti containing banana and Milo. Roti for breakfast maybe? 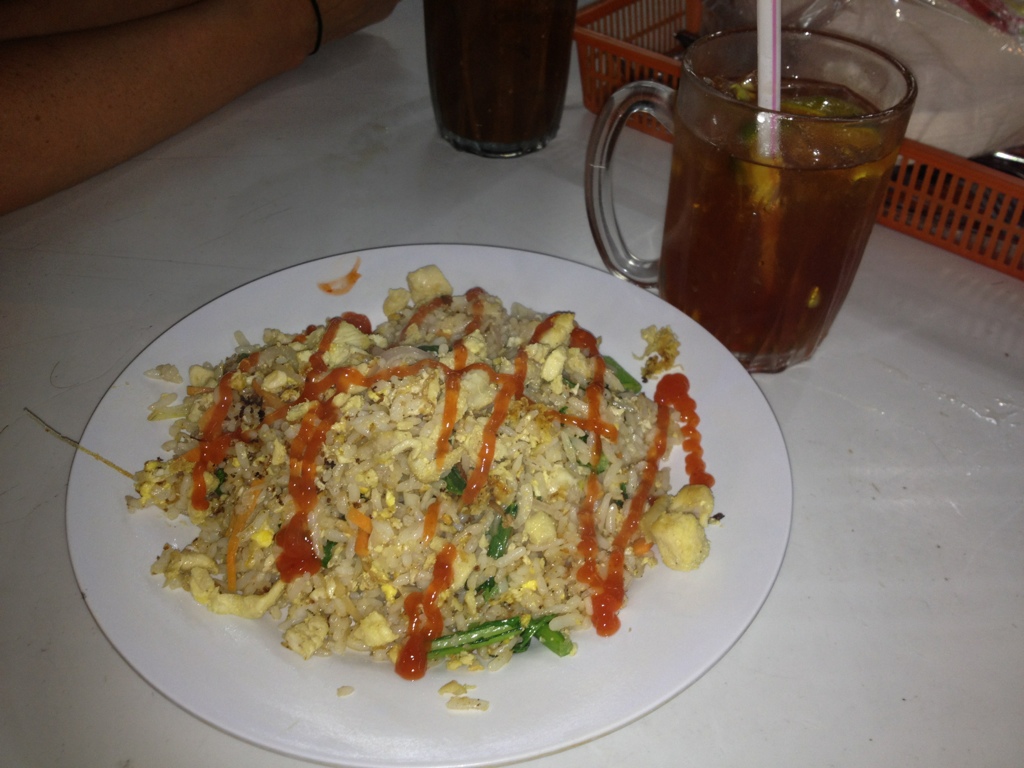